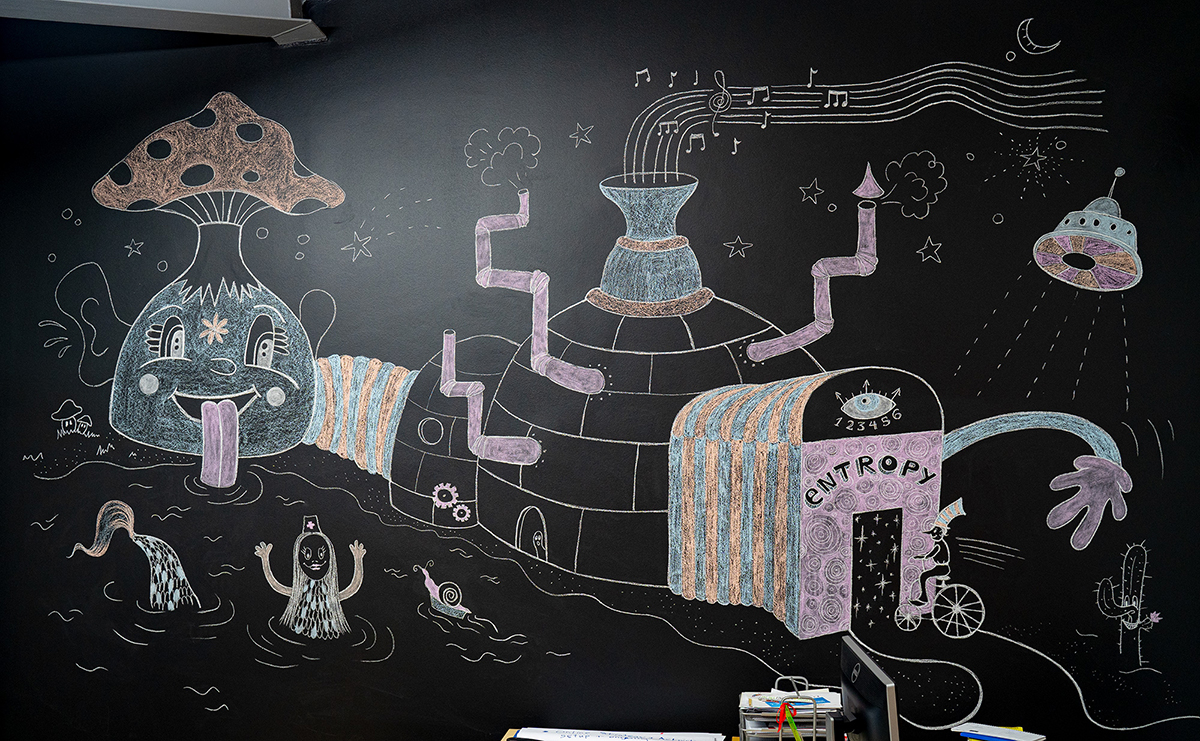 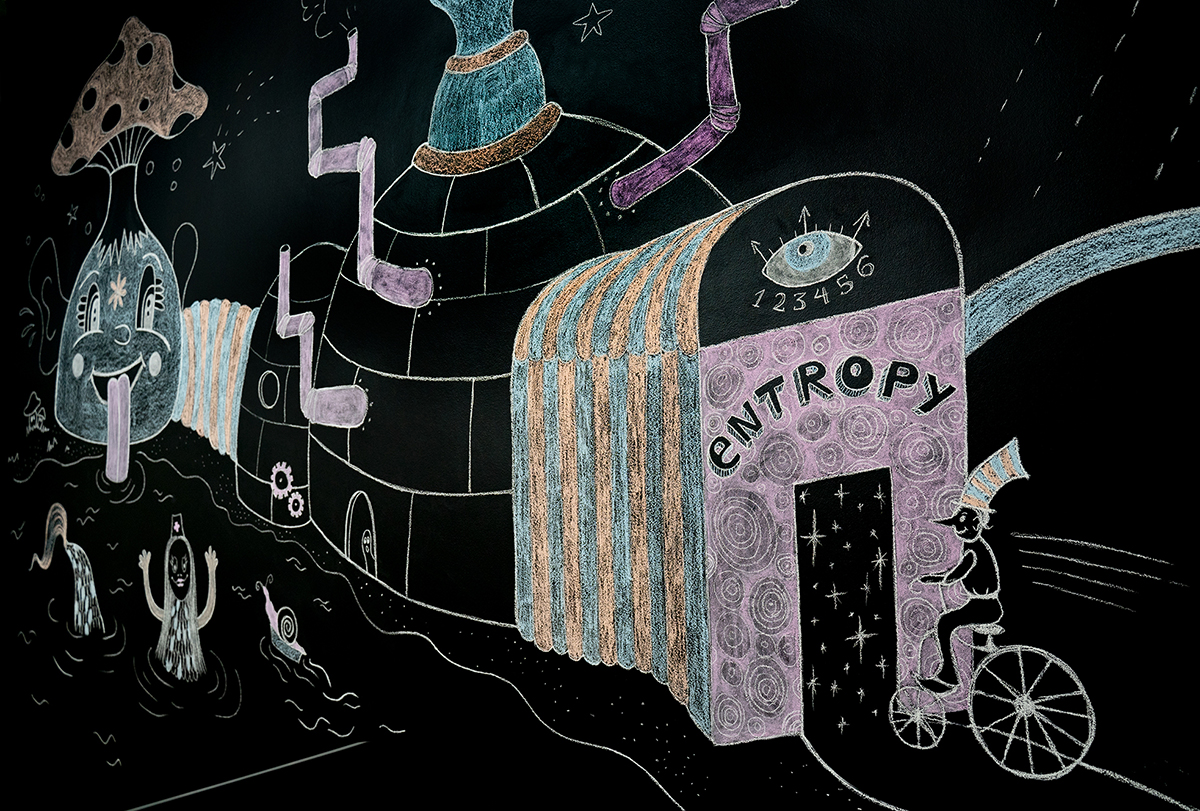 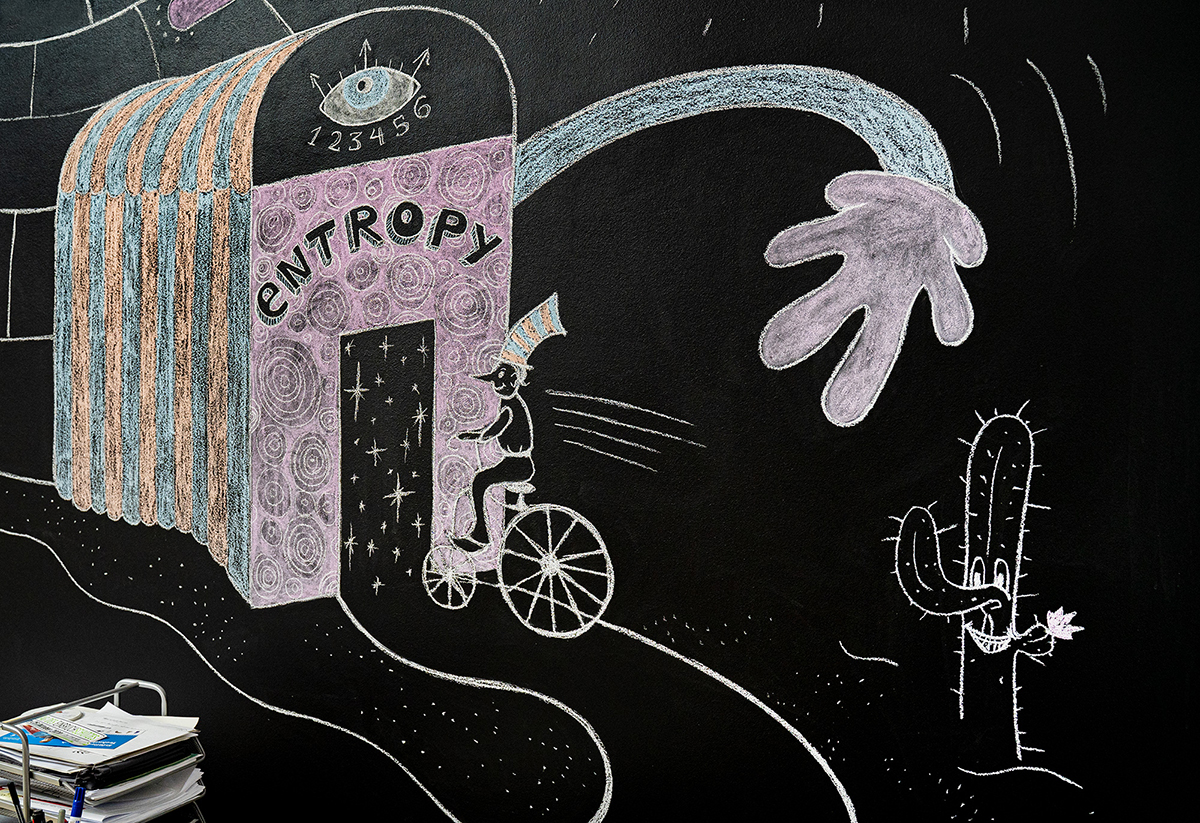 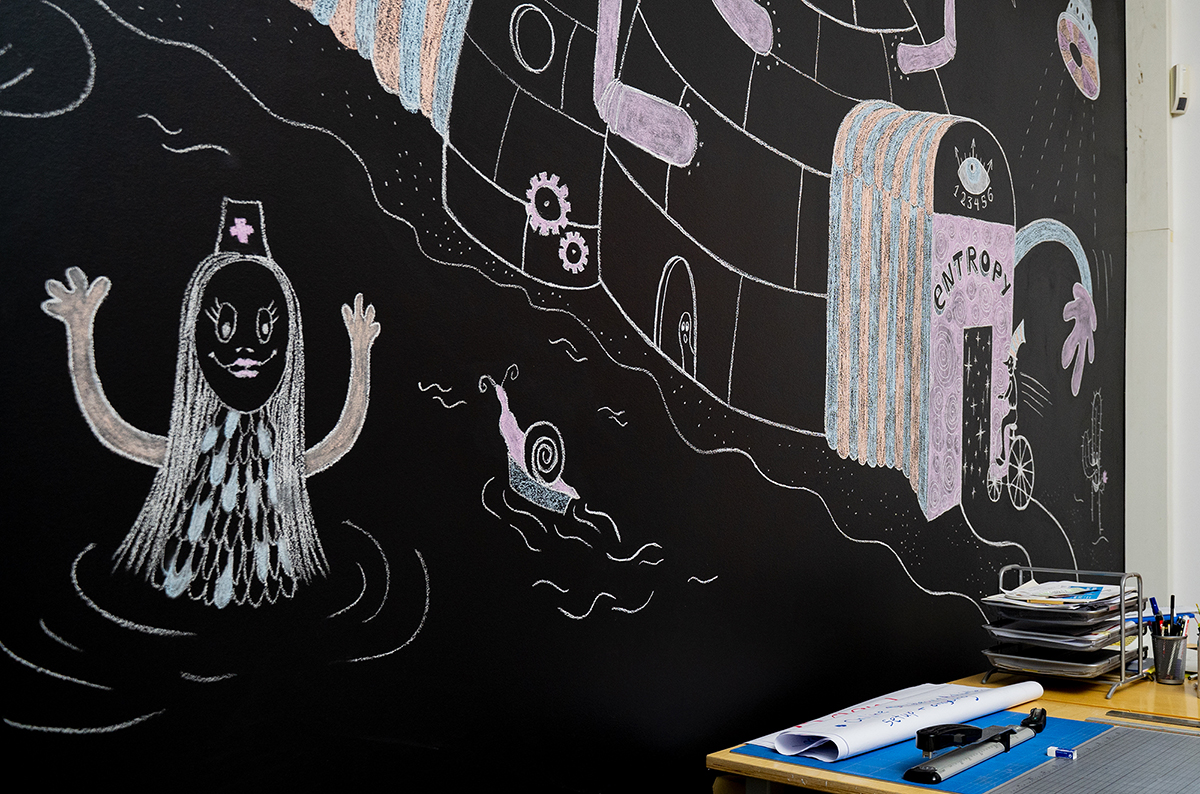 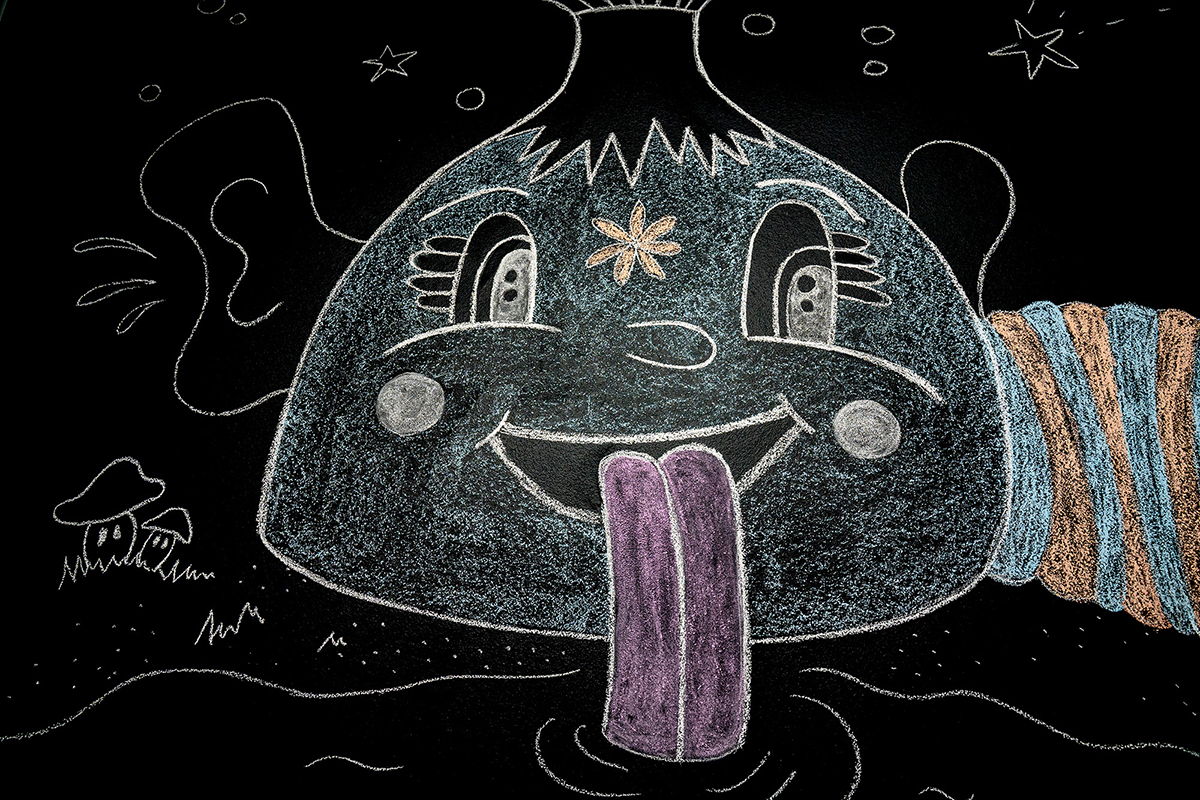 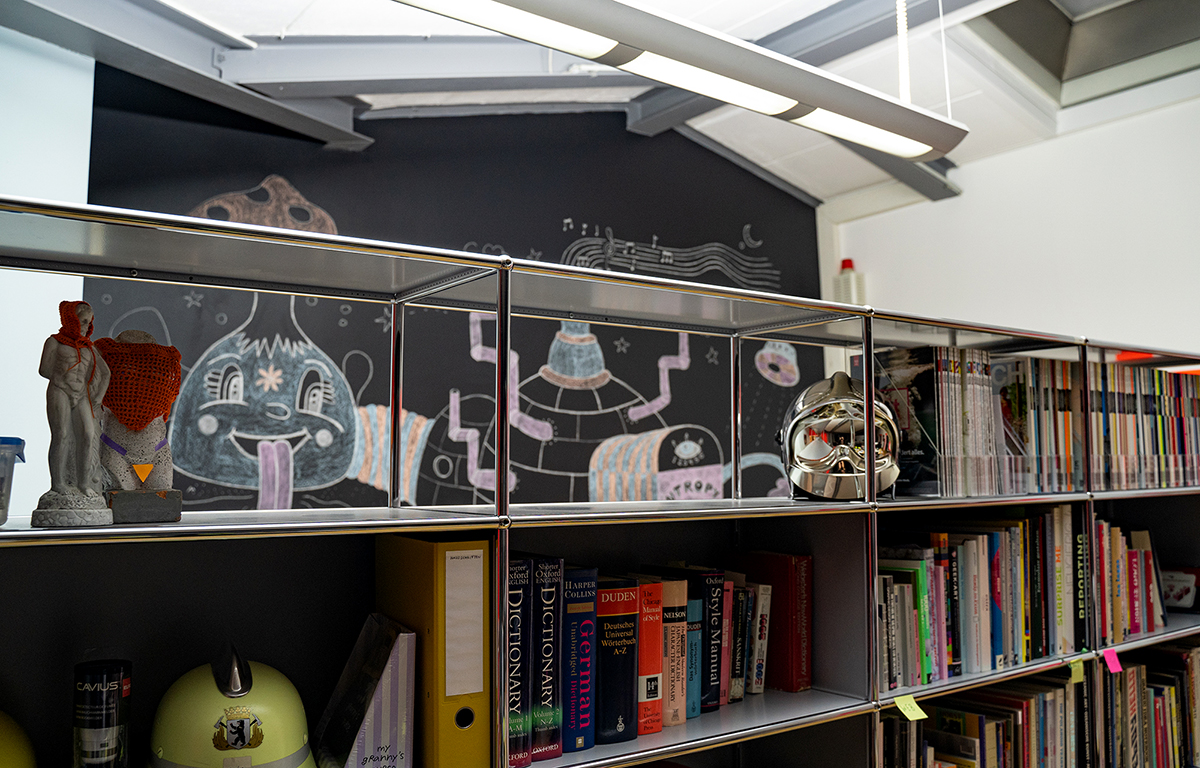 Eobiont is German-American agency situated in the heart of East Berlin. For their newly renovated work space, they asked me to create large scale illustration. One of the walls served as blackboard, while facing the main entrance. Because of this positioning, I wanted to create the sense of a black hole opening into another dimension. The first glimpse of the observer, would be of a factory gate named “Entropy”, where phantasiertes transmute into new paradigm. Main aim was to create something light, funny, silly and slightly wicked of course. Pop-art style metamorphosis made with white crayon outlines.

Working on large scale drawing, with easily smudging medium was challenging. Succeeding with planend proportions and singular line outlines was not an easy task. I learned, that using dry sponge could save me from lots of messiness. I used three additional colours to create vintage overall look. The work eventually was synthesised with the name “Entropy”. The overall purpose of this work was to inspire, while defining the true magic of the creative process resides in the preservation of the child within. “Entropy” illustration was created in June, 2020 at the eobiont GmbH work space in Berlin.